I cycled from the top of Greece, Idomeni (by the North Macedonian boarder)  to the old Olympic Stadium in Athens. This was during the Olympic Torch Relay that was lit in the west of Greece. The torch was relayed over towards Athens over 6 days until handed over to the Brazilians for the 2016 Rio Olympic Games. I managed to meet the relay in Athens and cycle along them to the old stadium 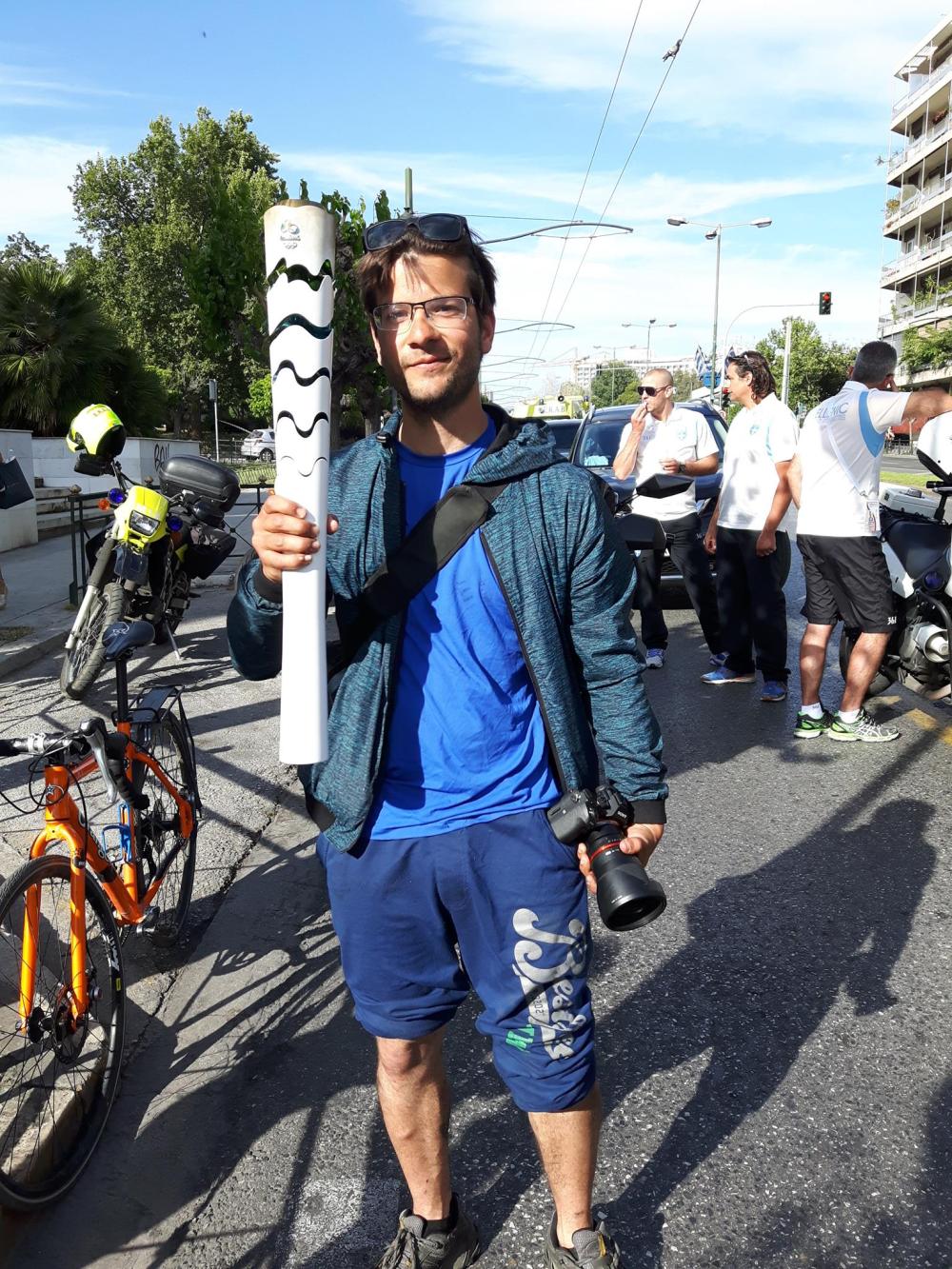